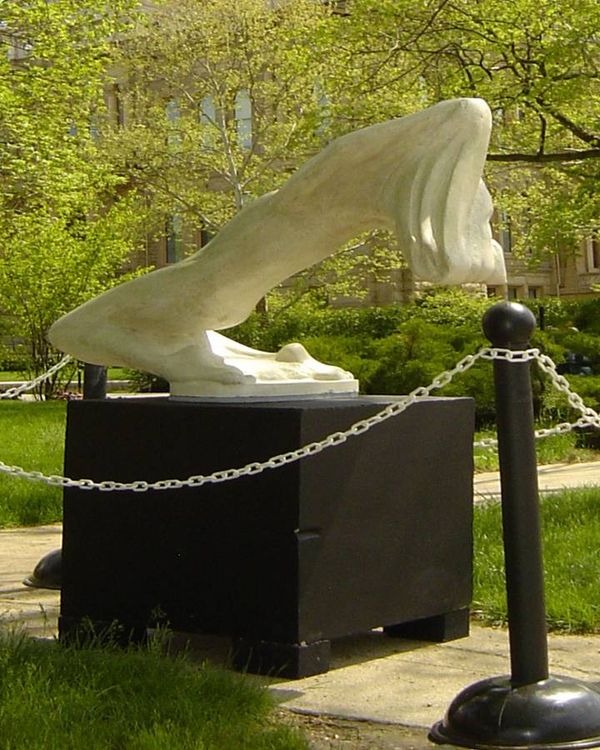 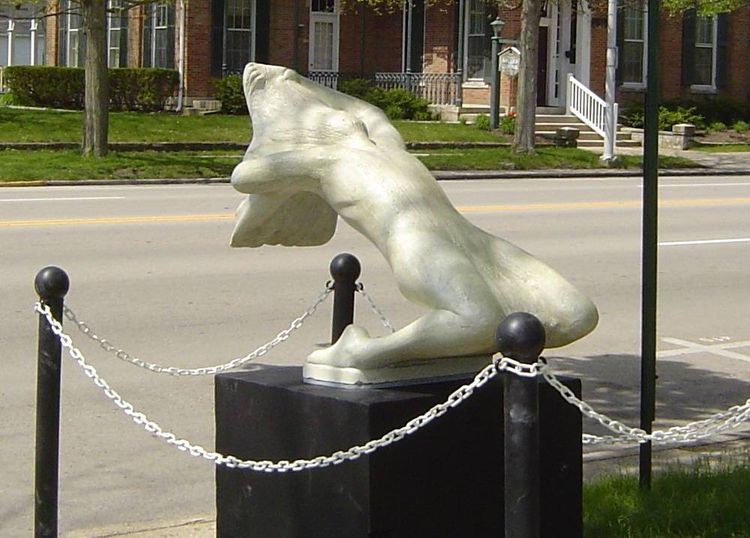 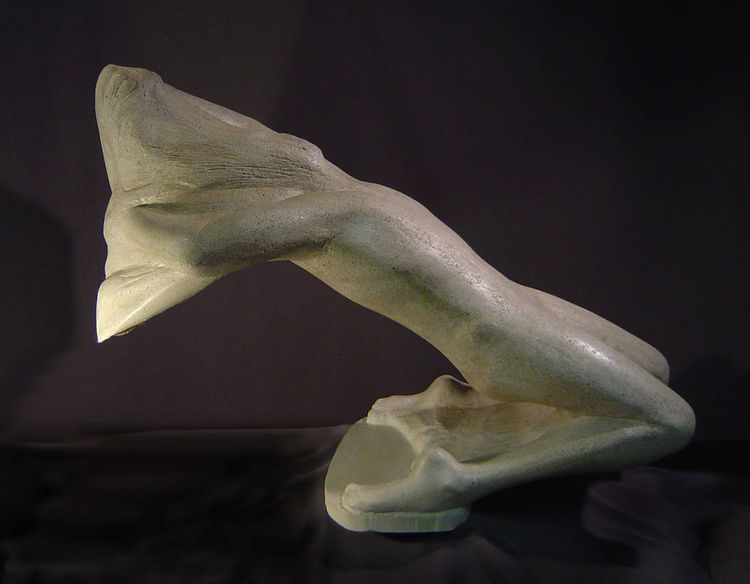 Impact #5 2004 Edition of 8 Cast concrete and Granite fines 42X 38X 25 in. 200 lbs. $8600 Garden or large interior size sculpture. Cast with granite fines and automotive glass in an architectural concrete. These figures weigh about 200 lbs. Each is worked, polished and patina applied to enhance details. The Artwork: This figure was the first one modeled as part of the waves in "Major Impact", an installation about car culture. The original maquette was done in 2000 and a full size series of the figures was modeled and cast over the next 9 years. Major Impact was combined with the "Bug Swarm" in 2009 for Tj's 66 foot installation for the first Art Prize competition in Grand Rapids. The first casting of this male was done in 2004. It has been exhibited in Chicago and several cities around the Midwest. Related pieces: there are 4 life size figures from "Major Impact" Impact Female, Impact Male, Impact #5, and Harbinger. The maquettes from these were also cast in concrete as an edition. Many of the #5 have been given away as awards.