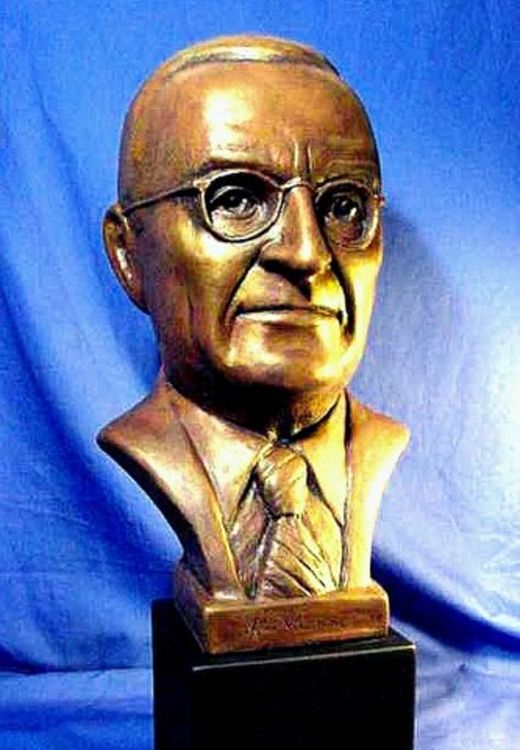 Truman, [1884-1972], 33rd president of the United States, 1945-1953, sworn into office at the death of President Franklin D. Roosevelt, as World War II was reaching its climax. He authorized the dropping of the atomic bomb at Hiroshima, thus ending the war with Japan. Working to enforce a lasting peace, he helped plan a world organization of nations, UN, 1945-1953, and initiated the cold war foreign policy of containing communism. Elected to the presidency in his own right in 1948, Truman had his greatest impact in foreign policy, and his commitment to containing the postwar spread of Communist influence in the world set a pattern in American diplomacy that prevailed for many more decades. Among his most notable achievements was the defeat of Communist takeovers in Greece and Turkey and of the Soviet Union's attempt to push the West out of Berlin.