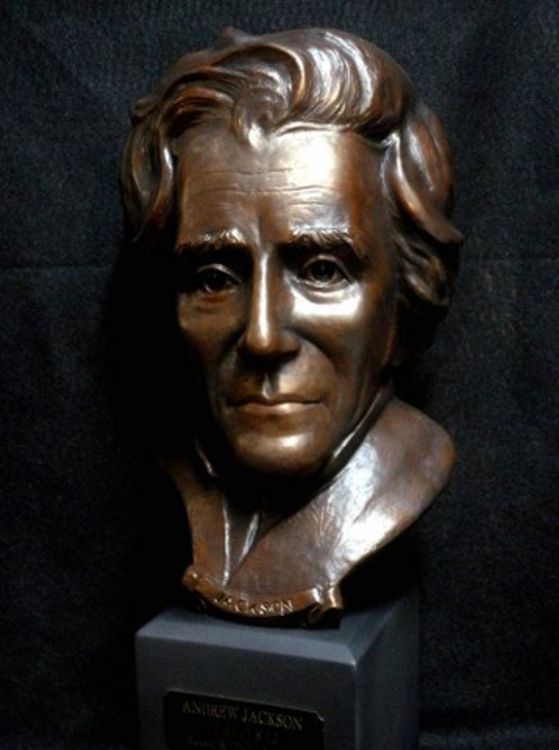 Andrew Jackson won fame as an Indian fighter and as a general in the War of 1812. He was nicknamed "Old Hickory" because of his toughness. He also studied law in Salisbury NC. The seventh President of the United States, Andrew Jackson was the first President born in a log cabin. Earlier Presidents had come from well-to-do families. Andrew Jackson's strong actions, particularly during disputes involving the Bank of the United States and the rights of states, won him much praise. He became known as a champion of the people.