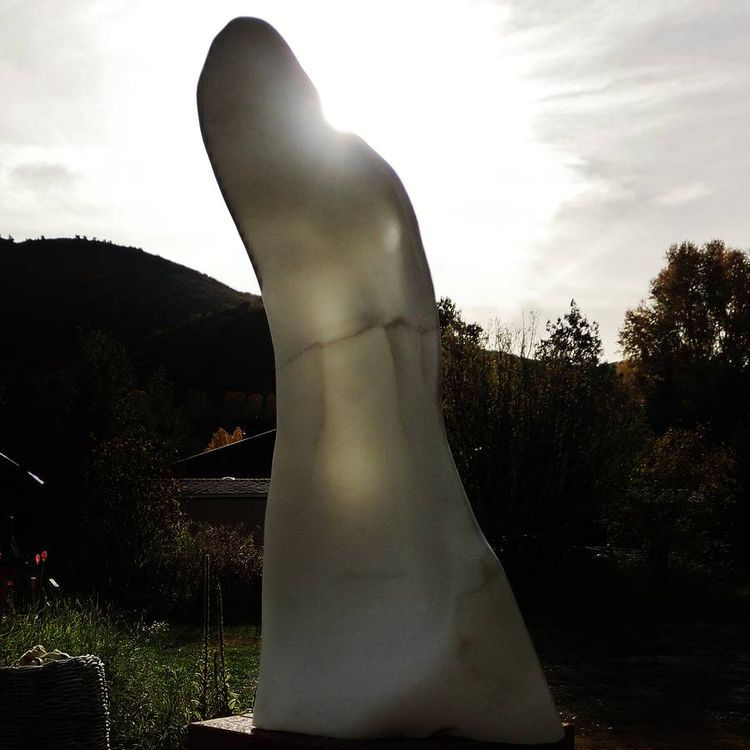 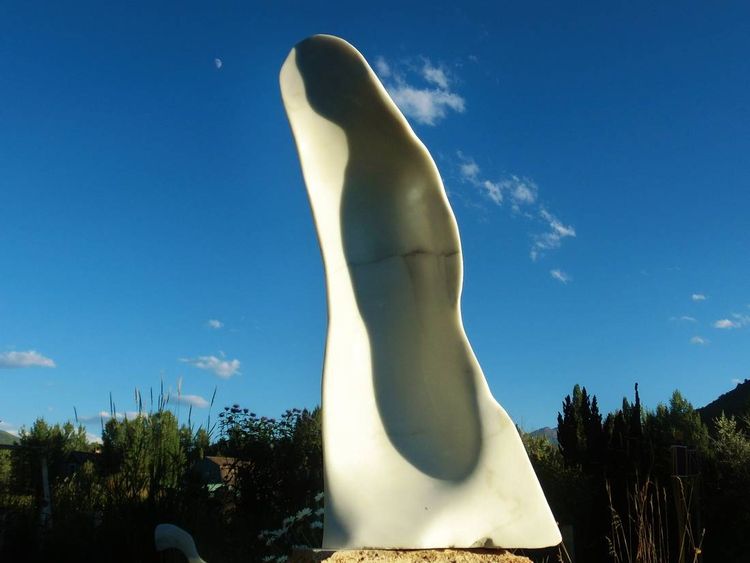 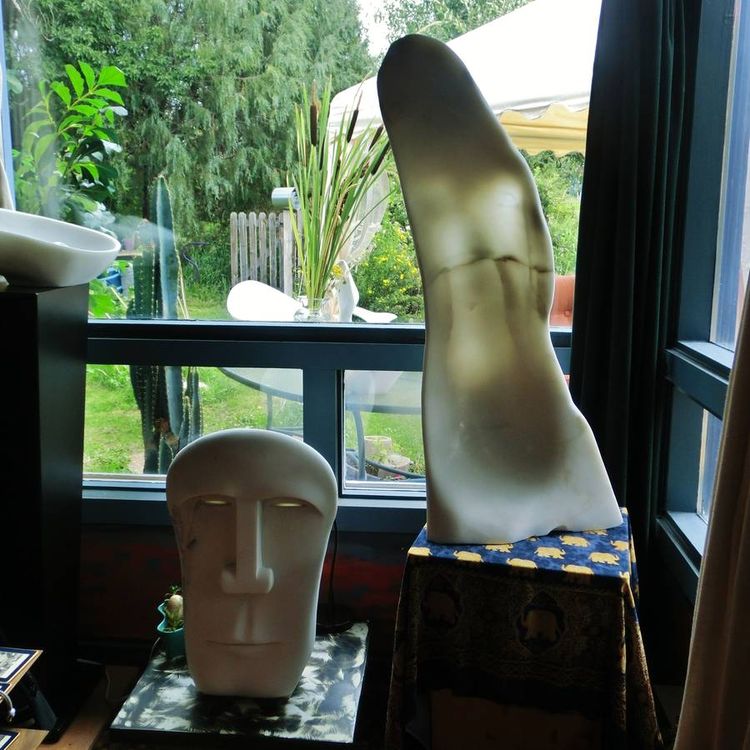 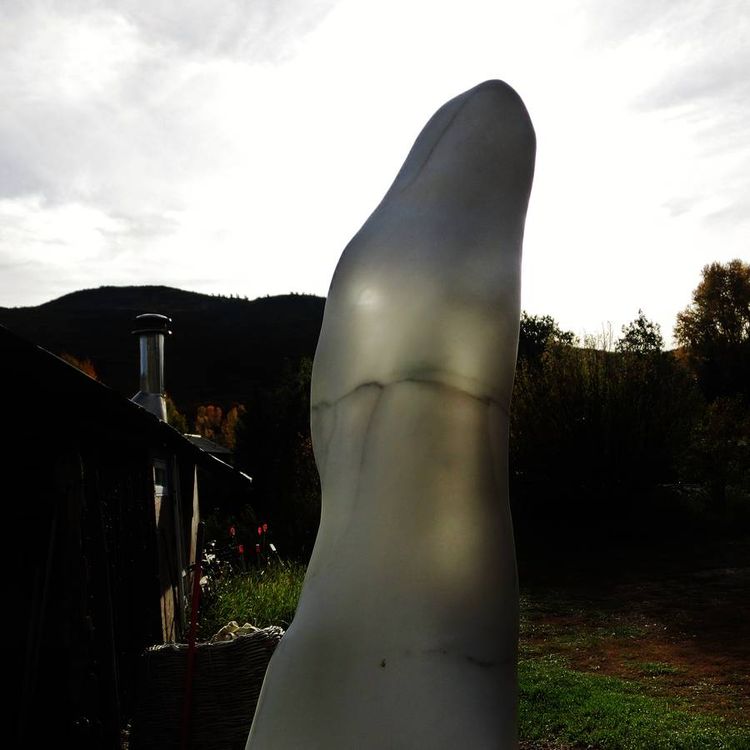 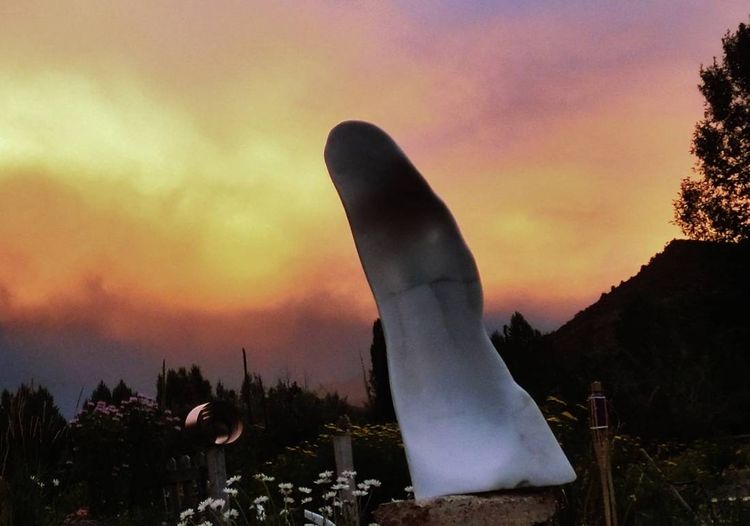 And so, how did this particular Pilgrim carving come about? Well, as coincidence would have it… it all started with a stubbornly tough, hardy, single-minded rough block of Colorado Yule Marble that simply refused to cleave in the way I prescribed. However, somewhere during the process of removing the damaged marble I caught a glimpse of something, a shape – a form – a figure, and then, what appeared to be a trace of a cord wrapped and tied around the waist of a figure, leaning… into the wind perhaps? Seemingly within moments the image of a figure buried deep within the folds of his rain gear emerged, and the pilgrim was on his way, her way… his/her,, her or his way.