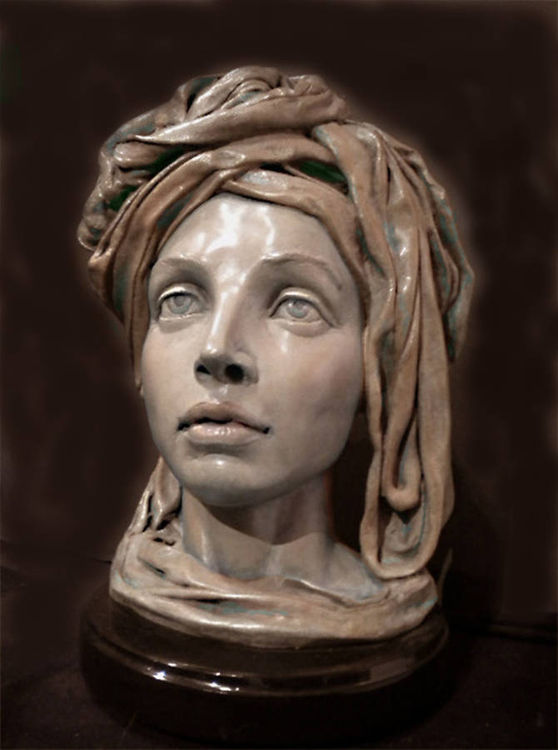 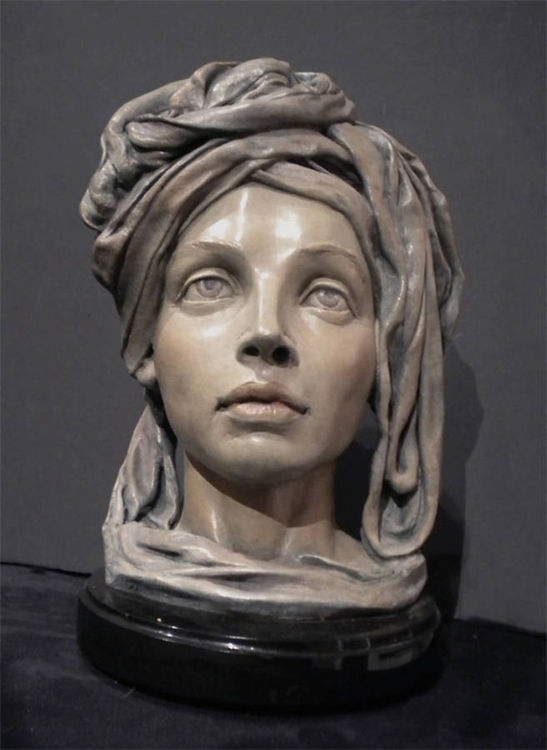 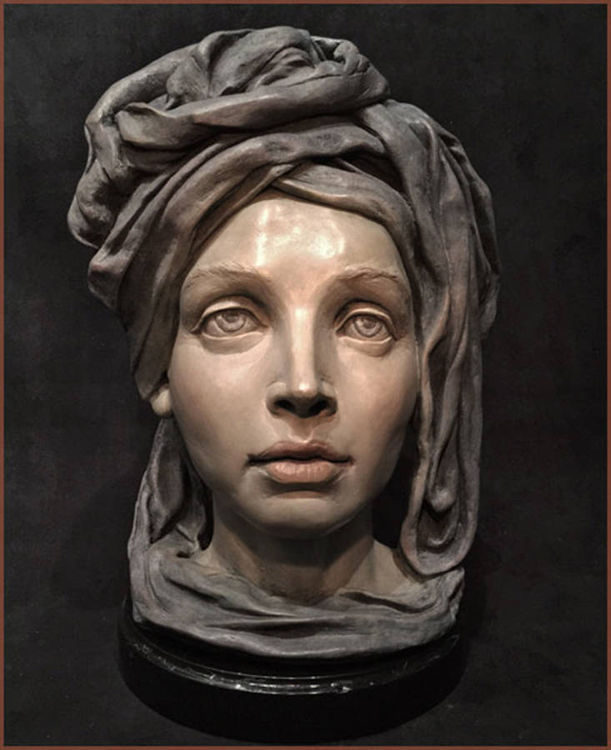 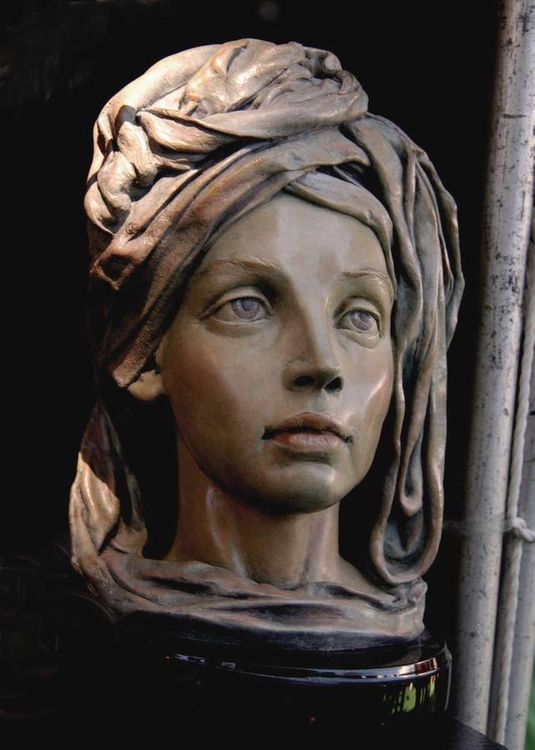 "In Greek Mythology, Cassandra was the daughter of the king of Troy. Her beauty caused Apollo to grant her the gift of prophecy. However, when she did not return his love, Apollo placed a curse on her so that no one would ever believe her predictions.so that her gift would become a source of endless pain and frustration, becoming a seer whose prophecies were always true but never believed. While Cassandra foresaw the destruction of Troy (she warned the Trojans about the Trojan Horse, the death of Agamemnon, and her own demise), she was unable to do anything to forestall these tragedies since they did not believe her. My Cassandra has a far seeing, plaintive look in her eyes, perhaps contemplating the thought of Greeks bearing gifts such as the wooden horse, which lost the Trojan War for her father." Claudia Cohen