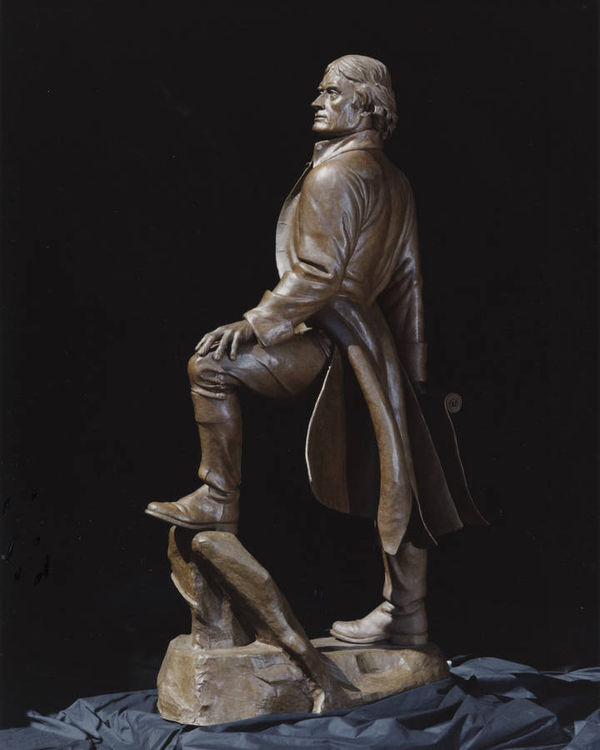 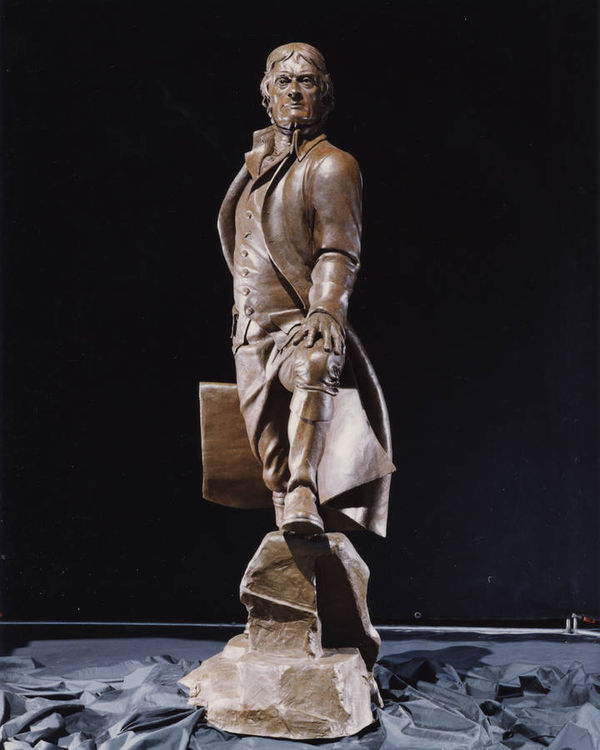 This heroic sculpture depicts Thomas Jefferson in the latter part of his life as he stands upon a hilltop overlooking one of his greatest achievements, the University of Virginia. Thomas Jefferson was heroic in stature and even though he was in his seventies when he designed UVA he maintained an active lifestyle consisting of exercise, farm work, and horsemanship. Because of this I was able to give President Jefferson a youthful appearance, with an erect posture, shoulders back, and well- muscled legs. Jefferson stands there a confident proud figure.