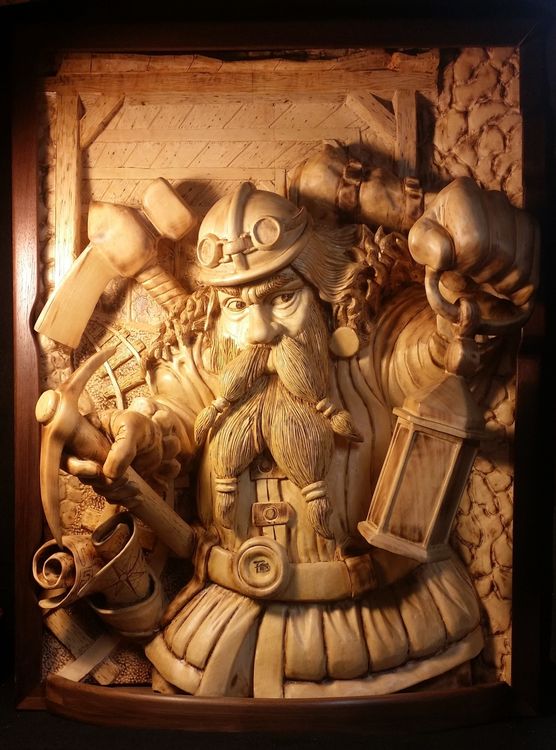 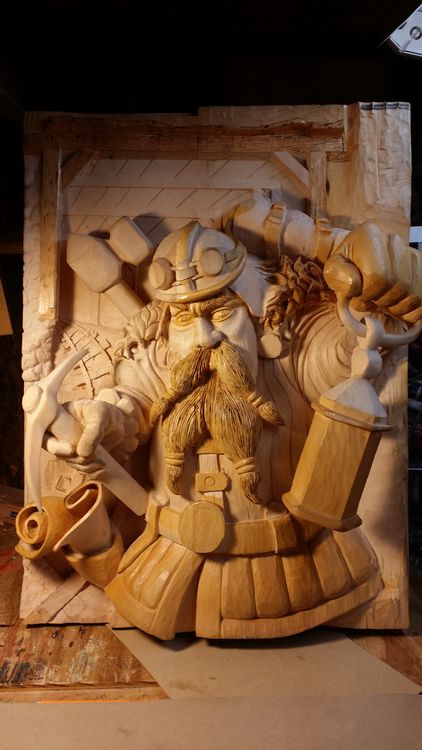 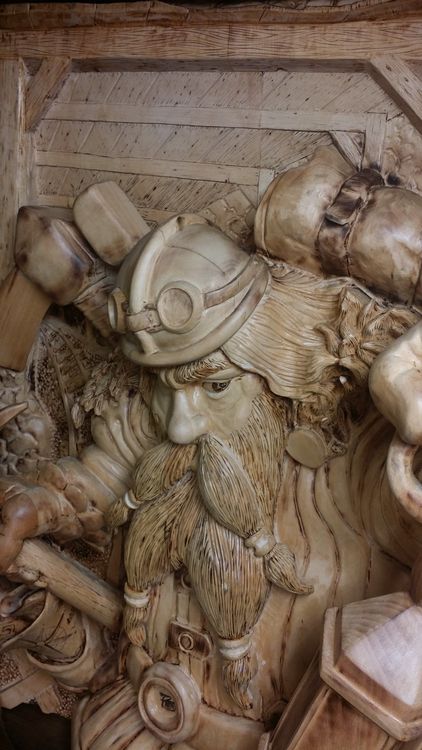 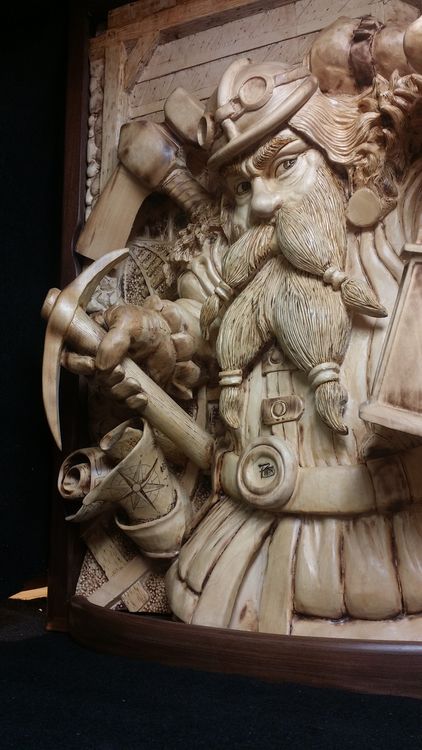 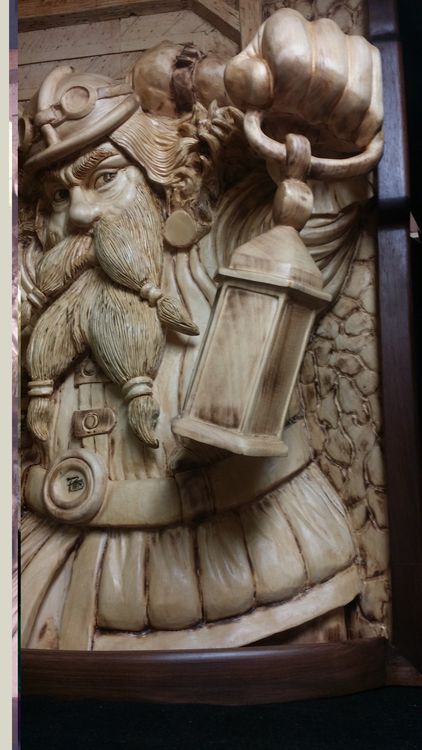 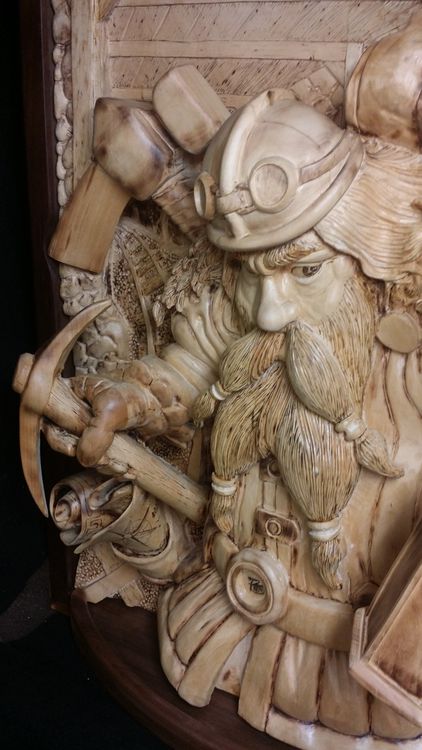 Inspiration for this piece began to take hold when concentrating on all the wonderful stories of main characters and their traditions, loyalties, honor, skillsets, majesty, artistry, and rich histories found in books I’ve read through my lifetime. Some authors were able to “instill” in me characters that were phenomenal in their ability to be “otherworldly” with their great feats of craftsmanship. It makes sense, as I am always drawn to those characters with the expert skill or knowledge in a particular field that create that special item, becoming the center point of these stories. This continued to resurface in my mind, until I thought “What can I do to impress upon others how those characters were expertly depicted by the author and received so heartfelt by the reader?” I wanted to create a master-craftsman. My choice for the subject character fell on the Dwarf race and their master craftsmen, found in fantasy literature. At first, I thought of a blacksmith. Then I began thinking of the “timeline” to creation. Finally, I came to the conclusion that in order to create anything, the blacksmith needed materials. Thus, aided by hundreds of stories through the years, I settled on creating the “Master Miner”. This piece tells a story of the master traveling through underground tunnels, corridors, and passages in search of raw materials; with a possibility of also looking for treasure of some nature. He appears to have the accoutrements of one that is in the endeavor for the long haul. This adds to the ambiance that he is knowledgeable of his needs, location, purpose, and mastery. The most interesting technique I used with the Master Miner was with perspective and how to make six inches of depth appear to be at least eighteen inches. The left arm that is holding the lantern is essentially a fist and a shoulder with no arm at all, but appears to be the intact. This method is seen in all of my projects and fits perfectly with all the Magical Realistic work for which I specialize. Other than this piece being the only one of its kind, its uniqueness was created by my recollections of years reading fantasy literature. Each part of the work was painstakingly sketched on the block numerous times and hand chiseled. Additionally, the background content was discovered during the development of the main subject and added when “it came to me”.