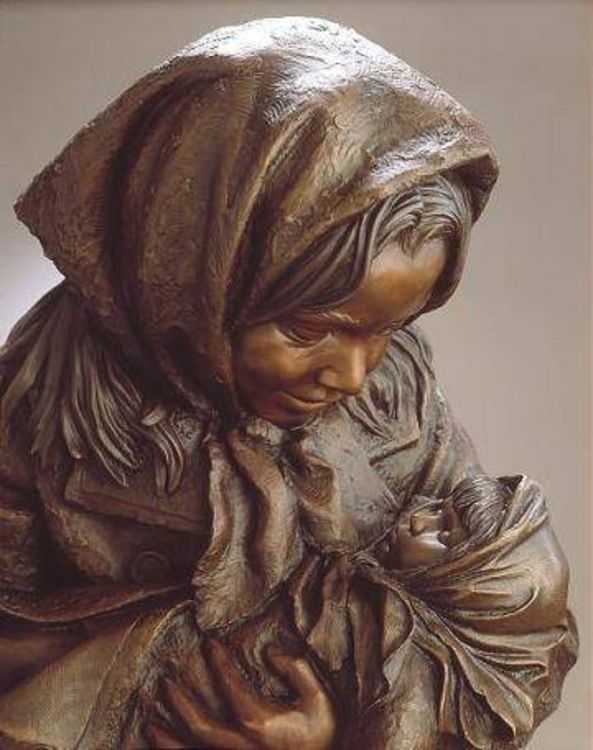 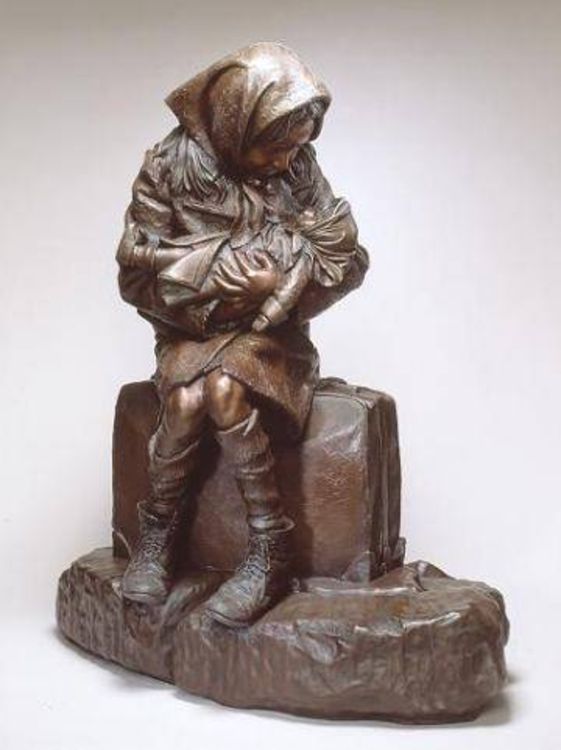 Fleeing before the storm clouds of war, a little refugee girl, herself still merely a child, gives comfort and reassurance to her own doll-child. [They are on a street corner somewhere in Europe fleeing before the Nazis or the Allies; in Spain or Italy fleeing before the Fascists; in Hungary, Czechoslovakia, Afghanistan, or the Far East fleeing before the Communists; in the Middle East fleeing before the Moslems, or U.N. "Peacekeepers;" in Albania, Rumania, Azebaijan, Russia, Bosnia or Chechnya fleeing before the Socialists: and in Africa, Asia, Central America, Haiti or America fleeing before the Tyranny of poverty and oppression.]* Through it all, she reflects the uncertain innocence and trust of all little children inheriting a world not of their making, yet, filled with the hope of creating a better future for themselves and for their own "war-child's" children."