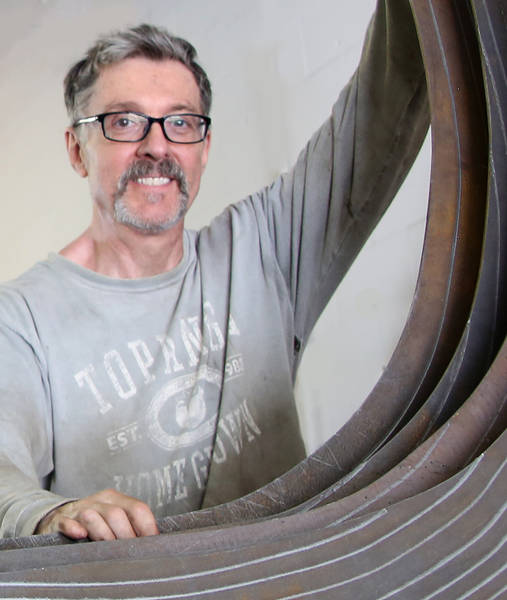 Donald Gialanella originally from Maplewood, NJ, now works out of his studio in St Petersburg, Florida. Donald apprenticed with renown artist Louise Bourgeois after earning a BFA in sculpture from The Cooper Union in New York. He worked as a graphics producer at ABC-TV in New York in the 1980’s and received an Emmy for his work on Monday Night Football in 1990.  He taught at Bilkent University in Ankara, Turkey for two years before returning stateside and reestablishing his vocation in sculpture.

Donald has received many public sculpture commissions including a 17 foot long steel mustache permanently installed at the Dali Museum in 2016.