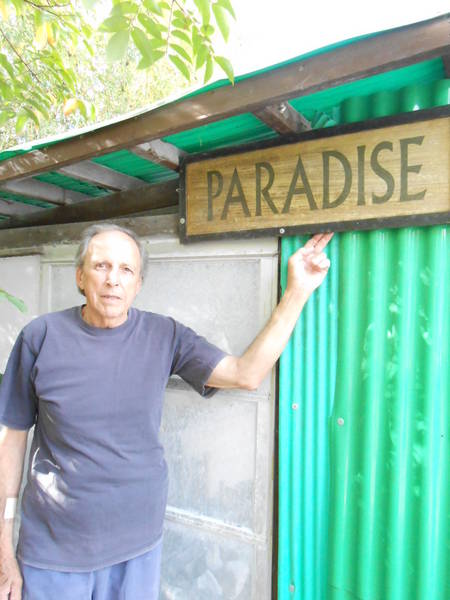 As a young man I had the opportunity to study the ancient Greek and Roman sculptures which were in the museums of Naples,Italy , where I was studying voice and opera . I was  overwhelmed by the symmetry and beauty of the sculptures and their timelessness. It was as if they had been newly created, and not, as was often the case, dug up as buried treasure. The impact of those breathtaking  beauties literally changed my life and at the age of 27 I made a career change and devoted myself to sculpting and painting. Marble was ubiquitous in the area and the workers in the marble yards gladly gave me shards and broken pieces with which to learn my craft. I found, above all, that the sculptor must preserve the integrity of the stone, and work with its natural contours and idiosyncracies, rather than try to impose a form incompatible with its nature. Simplicity of line and wearing away , as much as possible, being aware that the cuts must often be dramatic and forceful, has been my motif' since the beginning of my sculpting life. I continue to carve in coral and marble with those early lessons in mind. The stone and I work in unison to create pieces of beauty. I would be remiss in not mentioning the many sculptors whom I studied and whose work I revere. The prehistoric cave artists come first, (I was fortunate to be able to purchase replicas of the Venus of Lespugue and the Venus of Willendorf when I first visited the caves in France), the ancient Greeks and Romans next ,Michelangelo, Gaudier-Brzeska, Brancusi,Henry Moore, and a  host of others followed . We sculptors are fortunate to have had these examples of such strong and  creative  artists .